News in this week that the popular Rico Brand Foods might be up on the chopping block soon. Rico’s owner Jorge Fierro came to the US nearly four decades ago and has become something of a living legend in the local food community; not least for his range of prepared Mexican dishes but also his ongoing philanthropic work with various communities around SLC. I’m not sure how many of us (be honest now) could claim to have given more back than they’ve taken as Fierro has.

Fierro’s core business is now at risk as the owners of his manufacturing location have requested he vacate by the end of August. In an interview with ABC4, Fierro spoke about increased sales of nearly 30% during the current pandemic situation, but with no new suitable home in sight – Rico’s will have to shutter. With grocery shelf space so hard fought and won, any suspension in manufacturing could be the death knell to the eighteen year old business.

Fierro has started a petition asking that the owners of his currents space extended his lease by a measly two months to allow him just a little more time to move on to pastures new. Doesn’t seem like a huge ask to me…

Rico’s current plight echoes the recent closures of both Cafe And Hong and Sampan who also became embroiled in untenable rental situations. Meanwhile Ken Sanders has turned to Go Fund Me in the hopes of escaping his own.

Also in the news this week, buffets are back in business for self service. Umm, yay? As you might know, until now buffets had to retool requiring staff to serve patrons. I wonder how that went, “yeah, err, um, just give me twelve shrimp, put them on some fried rice, noodles on top of that some marinara sauce and mix it up with some gravy. Oh and mashed potatoes on top please. Please don’t look at me.”

The recently revised rules for buffets now allow guests to get back to pigging out peacefully self service. The updated set of guidances for guests are as follows:

The complete new guidance can be found here.

Cannellas – This venerable downtown Italian eatery has sadly had to call it quits. Current owner Joe Cannella spoke recently with the SL Tribune about the raft of 2020 issues, everything from earthquakes to pandemics. The business started 42 years ago by Cannella’s parents will however by lived on in some spirit by the new Fratelli location in Sandy. Cannella also operates Taco Taco just a few doors down which will also continue.

The closure follows several other notable losses in recent weeks. Data recently released by Yelp suggests nationwide closures are up more than a quarter year on year. Hold onto your hats, forks, knives and spoons.

Meet Fresh – Now open for business in South Salt Lake’s China Town complex – seriously take a walk around the block for five minutes and something new pops up here – this new Taiwanese drink and dessert spot. Meet Fresh is a national chain but the SoSL spot marks the first location in Utah.

Read:  The return of Desert Edge, new restaurants and must eat dishes

Delicius – Over in the Tribune Kathy Stephenson recently wrote about this new family owned bakery coming to SLC’s Jade Market downtown. Delicius is one of the proteges of the Spice Kitchen Incubator program and offers Venezuelan baked goods; the business is expected to replace the former Rosie’s Deli in the market space.

Streusel – This previously Farmer’s Market operated bakery is expected to hit the bricks and mortars soon. The business recently posted about an upcoming new spot over on Instagram.

Three new burgers are hitting the menu board over at one of my favorite spots in Sugar House. The new items and their ingredients are as follows:

Read more over on their Facebook page. As ever BGR promises everything on the menu is hormone, antibiotic and steroid free. Everything’s sustainably raised, responsibly harvested (and it has nothing to do with their ongoing support of GSLC) and I think it’s telling in the taste.

Want to discuss this post or the SLC food scene in general? Check out our Facebook group and come talk with other likeminded SLC foodies. Also follow along at Instagram for upto the minute local food news. 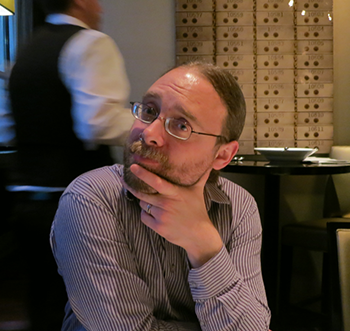 Read:  Restaurants continuing to open at pace during Covid

I’m a multiple-award winning journalist and have covered the Utah dining scene for more than a decade.   I’m largely fueled by Uinta Cutthroat, alliteration and the use of too many big words I don’t understand.  I ate all the pies.

This site is 100% free of intrusive third party ads through the generous headline sponsorship by The Gateway – SLC’s premier entertainment destination. 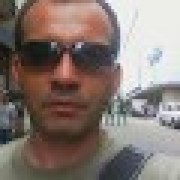